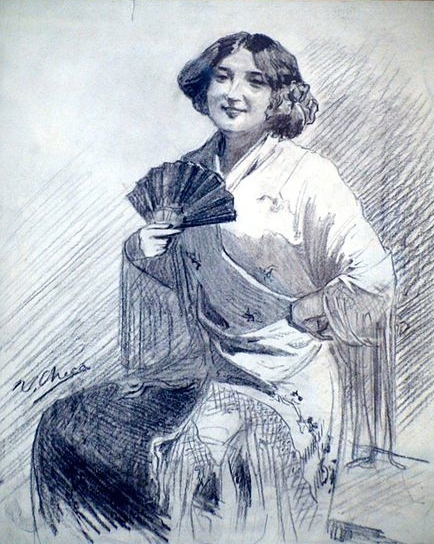 Although now considered mainly works of art, hand fans used to be one of the most prized accessories in Europe. Seriously, this was the must have accessory or you just shouldn’t be seen in public. The rage began in  the 17th century and continued throughout the Victorian era.

During the 18th century fans reached their peak of artistry being crafted using silk or parchment and decorated and painted by artists.

During this time there evolved a “language of the fan.” This involved maneuvering the fan in various positions to convey particular meanings such as “I love you” or “I’m married.” There was even a sign for “I wish to get rid of you”, my personal favorite. In a time when discretion and restrictions were protocol the language of the fan allowed for discrete communication and scandelous flirtations.

Take a look at some of the more popular gestures…

Letting it rest on left cheek – No

With handle to lip – Kiss me

Open and shut – You are cruel

Twirling in right hand – I love another

Fanning slowly – I am married/taken

Fanning quickly – I am engaged

Drawing across the cheek – I love you

In right hand in front of face – Follow me

Presented shut – Do you love me?

Open wide – Wait for me

Twirling in left hand – I wish to get rid of you

“…Woman are armed with Fans as Men with Swords, and sometimes do more Execution with them. …”

An excerpt from The Spectator, 1711

The 18th century, is considered the golden age of the folding fan. There are 3 folding fan styles to know: pleated, brisé, and cockade.

The pleated fan consists of a mount and a set of sticks. The outer sticks (the guards) are wider than the others and are often more decorated. At the base of the sticks is a pivot, which connects the fan and allows it to spread and open. The base is either shaped or rounded off.

The brisé fan consists only of a set of sticks. These sticks are attached to a base with a pivot similar to that of a pleated fan. A cord or ribbon runs across the top of the fan, holding the sticks together. 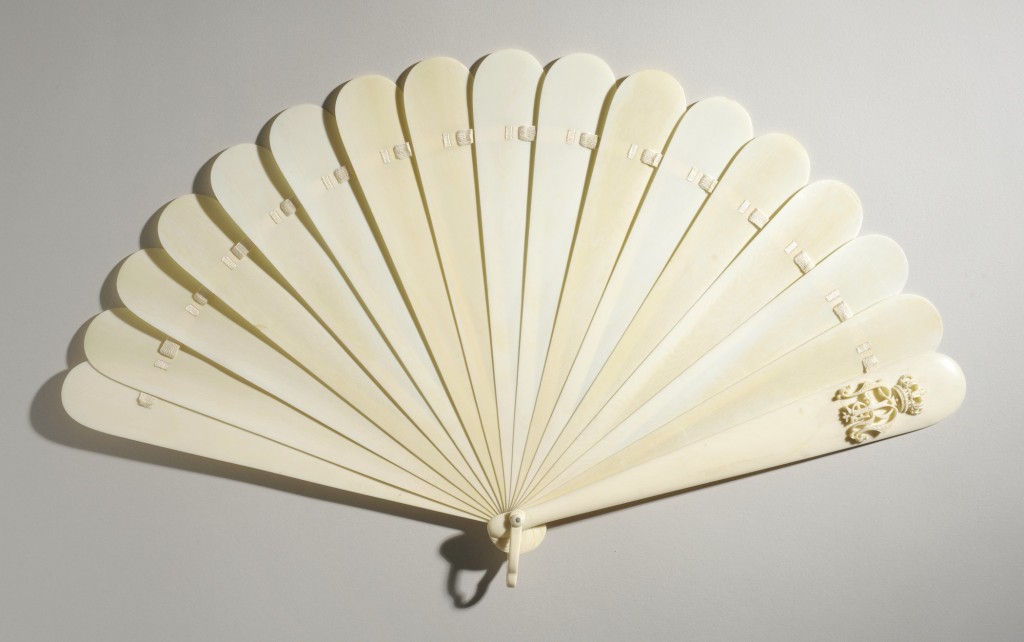 A cockade fan opens into a complete circle around the pivot. Their style can be either pleated or brisé. They were not very practical and considered too flamboyant, and thus they saw little popularity. 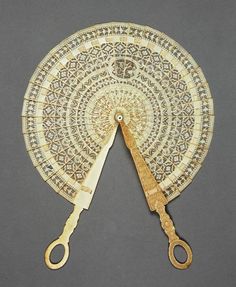 Wouldn’t you love it if you could just whip out a fan and say exactly what you want with a flick of the wrist? A chic alternative to texting. Personally I think it’s time for fans to make a comeback.

HOMEWORK: Would ever use a fan as an accessory? Let us know in the comments below.