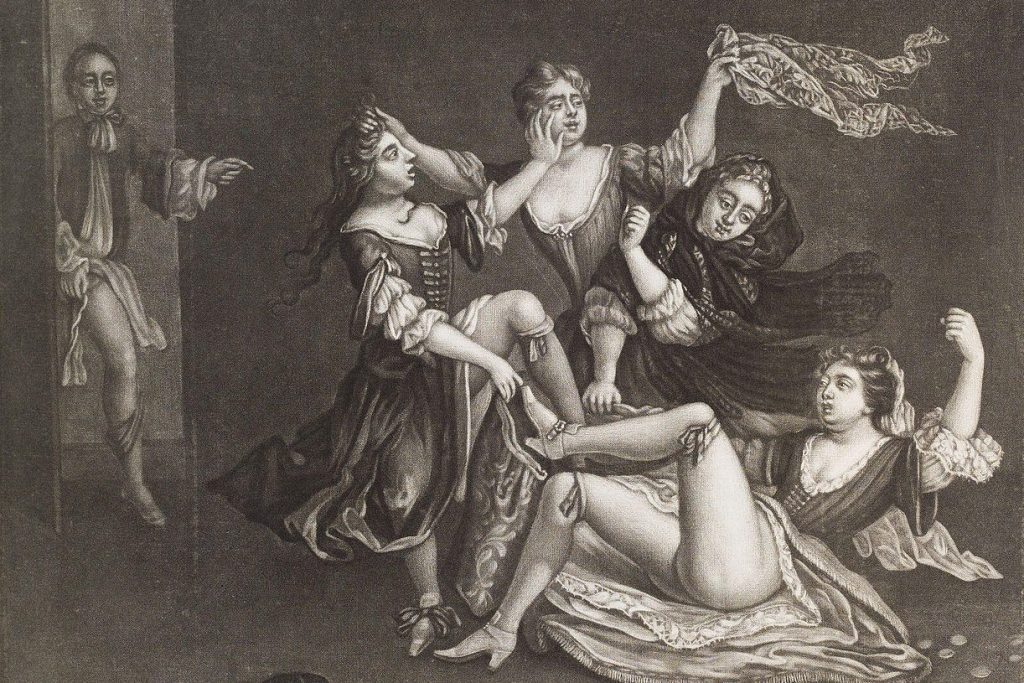 A lady should never fight. end of lesson, right? It’s simple enough to say not to do something that seems so outwardly wrong and avoidable, but come on this is real life, fights happen.

Now don’t get too excited I’m not talking physical fights, I’ll get to that later. I’m talking in your face, no-holds-barred confrontation. Potential shouting matches, where temper and pride get the best of us. It’s situations like these where good manners and etiquette are truly tested. All composure seems to go out the window and your inner beast claws to emerge. When it comes to a boiling point how to you remain composed, how do you conduct yourself? Simply put, how does one fight like a lady?

It may seem counterintuitive, a lady fighting, but being a lady means having to deal with any situation that comes her way, no matter how tricky or upsetting. It’s times like these where a lady has the chance to react gracefully under pressure and show her true colors. Follow these tips below the next time you’re confronted with a fight and hopefully you will come out unscathed.

Let’s NOT get physical.

Let’s not get physical, unless you’re this cute…

Seriously though, as angry as you become a lady should never get physical. This isn’t a sexist thing, a gentleman should refrain from physical violence as well. In our time and place in history we’re simply too evolved to resort to such actions. We have the means and intelligence to resolve our conflicts in other ways.

If you happen to be on the unfortunate end of a physical attack then of course you have the right to defend yourself. You may defend yourself to the best of your ability but the moment you see an opportunity to end the physical altercation do so. Don’t get drawn into attacking back, simply try to defend and step away as soon as you’re able.

With that being said, although physical violence is something I don’t condone, it’s always wise to learn some basic self defense moves. A lady may wish to portray a poised exterior but she should always be self reliant, strong and able to defend herself from true harm.

Meditation may seem like a spiritual woo woo practice, but it’s actually ideal for cultivating a calm and composed exterior. Just like a muscle in your body, your mind can be strengthened through receptive practice. By learning to focus and control your mind through daily mediation practices (even 10 minutes a day) you will build strength that will allow you to control your reactions.

You can also try in the moment breathing techniques that will physically calm your body. I like to take deep measured breaths that reach all the way to my diaphragm or stomach. It naturally slows down your heart rate and produces a relaxing sensation throughout your body. You can also mentally repeat a calming phrase, such as “relax” as you breath in and out.

When it comes time to speak do so slow and steady. The minute you start to ramble your loose control of your thoughts as well as give the impression that you’re on the attack. By speaking at a slow pace you present a more controlled image and the person you’re fighting will be more likely to listen to you.

For similar reasons for speaking slowly, you should also refrain from raising your voice. A loud voice will give the impression you’re out of control and unstable. You want your “opponent” to view you as calm, intelligent and someone whose able to work out a disagreement. The more you can do to keep a calm exterior the more the situation will stay in control.

Avoid swearing and other name calling. Say as little as possible and sick to the facts. Don’t get carried away spouting off angry over emotional insults. Chances are you’ll come to regret it and even if what you said was true it will only make you sound irrational and immature. Just because you’re in a fight it doesn’t give you license to resort to unkindness.

If you’re dealing with a total wacko sometimes it’s best to engage the “stare.” This is when you give no reaction besides a cold, dead inside, stare. You look your attacker right in the eye and just stare them down. The trick is to make it a neutral stare. Keep anger, fear or intimidation out of it. Simply look them in the eye as if you had no soul. They will most likely become extremely uncomfortable and either shout for a bit more or become completely freaked out and run for the hills. This technique throws people off guard and gives you the upper hand leaving you as the mature albeit weird one.

Really consider, is it worth your time and energy? Sometimes fights are necessary, there is real conflict to be resolved. But in many cases it’s a silly battle of the egos. It’s easy to get caught up in defending an idea you don’t really identify with or even believe in. Even if you’re in the right and have a valid case to “win” is it worth the hassle?

Consider both the topic and reason for fighting as well as who you’re fighting. Are they stable, are they overly emotional? Fighting someone who is obviously worked up is never a good idea because they’re looking to let off steam. In some cases it’s better to keep your mouth shut and not engage. If you’re a really big person agree with them for the sake of diffusing the situation.

In most cases fights can draw out heightened emotions and irrational behavior, but remember the ideal end goal of a fight should always be to resolve the issue. If you can put aside your emotions (remember your mediation work) and look at the situation from an unclouded perspective you may see the other side has a valid argument. It doesn’t mean you’ll agree with them but you should at the very least attempt to see where they’re coming from.

Fights only start when someone is angry, hurt, or afraid. Draw on your compassion and empathy and verbalize that you can understand why they may feel the way they do, but that you happen to disagree. If you do this while engaging the slow, soft and vulgarity free speech you’re likely to diffuse the fight and come to some sort of resolution.

HOMEWORK: Have you ever used any of these tactics in a fight? Do you have any others tips that help to calm you down and fight more like a lady? If so please share in the comments below.

Pearls are the quinteseestial ladylike accessory. Whether it’s a classic necklace, stud earrings, or a charming…