Whether it’s an undercooked filet, a rude saleswoman, or an online order that has yet to arrive sometimes you owe it to yourself to step up and complain.

For those of us not on the constant lookout for a fight this can be an undesirable and awkward task. Most people don’t like confrontation and when it’s necessary we’re not sure how to complain. We’re either intimidated or can even become overly aggressive.

First thing first decide whether it’s worth making an official complaint. If you haven’t received a goods or service you are paying for or are being treated rudely and without respect then it is your full right to speak up. If you’re just in a mood or in the habit of nitpicking every last detail then maybe think twice before opening your mouth. Everyone has the right, and should stand up for themselves but you also don’t want to be known as a drama causing nuisance. 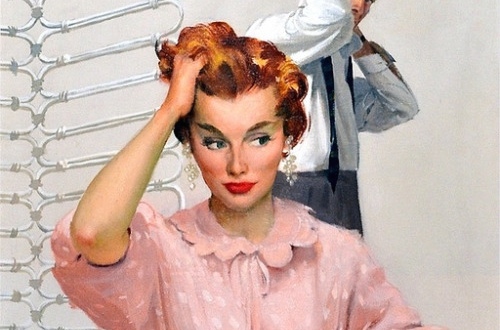 If you’ve had too much to drink or are in a temperamental mood it’s always best to hold off until the next morning. You can call or email your complaint in the next day but you don’t want to start something when you’re not in an emotionally or mentally stable state. It won’t end well trust me.

If your head is clear and you’ve deemed something worth complaining about then begin kindly and clearly. Say exactly what the issue is and keep it short and to the point. The trick is to keep your tone light but firm. Don’t say it apologetically or with anger. You want to keep things neutral, positive and for now non-accusatory. Start out assuming it was an honest mistake. In most cases they’ll respond with an apology and correction and the matter will be finished.

If the person you’re dealing with is not being of help or is continuing their own bad behavior, then simply ask to speak to the manager, shop owner, or anyone in a higher position. Keep your voice as neutral as possible, strong but neutral. Remember the point is to get your issue resolved; not to get drawn into personal attacks or threats. Try to keep your anger or frustration on the matter at hand not directed at the messenger or offender. Even if they are making it personal, don’t engage. Most likely their bad attitude is a reflection on themselves and you don’t want to be dragged down to their level.

Often times once a complaint is made you will be offered some compensation for your troubles; a complimentary meal, a refund, at the very least a sincere apology and a swift correction of the mistake. However if there is a specific end result you know you want out of the situation then be upfront about what you expect. It doesn’t mean you should be over demanding. Don’t expect your four-course meal to be on the house just because you found one hair in your salad. But if you feel something is right and genuinely owed to you then certainly say so.

If something truly outrageous happens and your complaints are falling on deaf ears then it can be hard to hold your tongue. You have every right to express your displeasure and inform them that they have lost your future business and most likely that of every friend you tell. Just remember no raised voices, crying or drama. You don’t want to make a scene. It’s better to leave gracefully with the comfort of knowing that you handled yourself with class and will tell all who can hear never to frequent that terrible place.

HOMEWORK: How have you handled yourself in a situation where you needed to complain? Did you speak up? Were you able to resolve the issue while controlling your temper? Let me know in the comments!